It is ecotourism offered by a local professionals team , aware of their role and the impacts of tourism in the development of their region and the country.

The agency also organized during 15 years, on a voluntary basis in partnership with the tourist office of the Ziguinchor region the” Kabekel Cycling Trophy” and the “Casamance Half-Marathon” for a better meeting between peoples and cultures through sport. 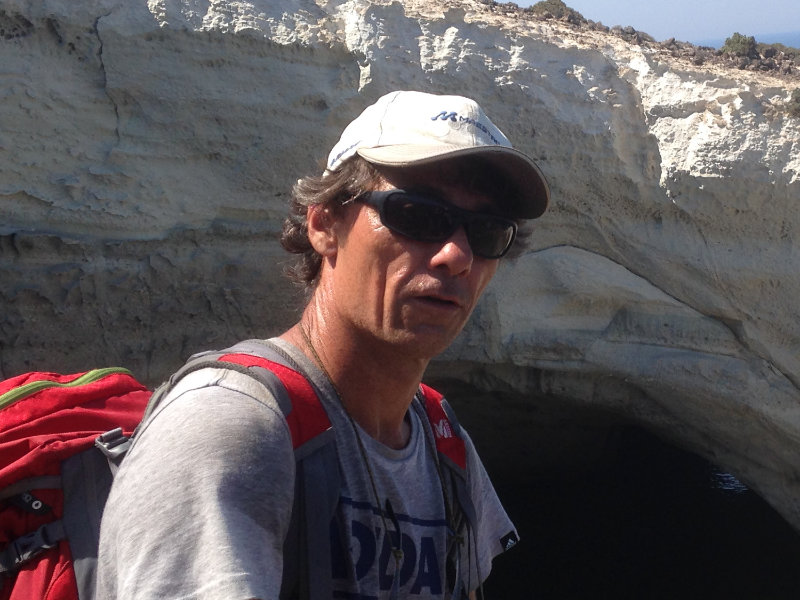 Originally from Montrouge (Paris region), Benjamin discovered mountaineering at the age of 16. At 18  his state diploma as a mountain leader in the pocket , the African virus caught him. After 10 years of sports travel (climbing, raids, hiking in West Africa and elsewhere), he created in 1992, with Régine Regal, the agency Casamance VTT. He returned to Europe in  2008 and works in the winter in Casamance and in the summer on other destinations (Yemen, Madagascar, Cuba, Indonesia, Ecuador, Cape Verde, Brazil, Crete and of course Europe and the Alps). 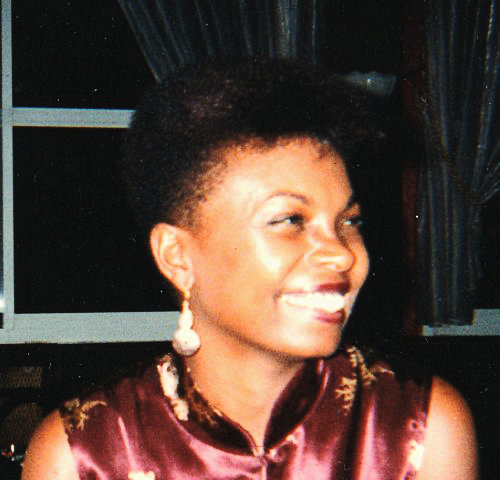 Originally from the West Indies, after long stays in England, Canada and Spain, Régine discovered Casamance in 1991. It was love at first sight and, with Benjamin Bourgoin, she created the Casamance VTT sports leisure agency in November 1992. After 10 years in Casamance, she returned to France and now works for the television channel ARTE. Nevertheless, she remains omnipresent in the spirit and orientation of Casamance VTT. 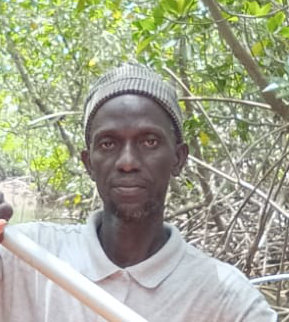 The oldest of the team. Since 1992, he has known our entire history. Today he takes care of logistics and reservations. His kindness and his availability have made him a very esteemed guide, he sometimes goes for a walk between 2 phone calls and sometimes on a circuit, but in high season you will find him at the agency. 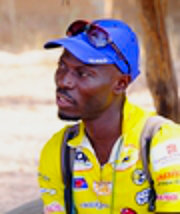 He is a confirmed mountain biker, he loves competition but also likes to ride to make discover his culture and his secret gardens to tourists. He has had the opportunity to do some mountain bike raids in the Alps... 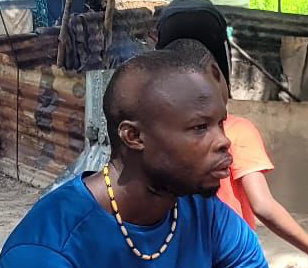 He is also called James and the Spanish call him  Carlos. He is the son of our dean, Bonfils, and since 2010 he has successfully taken over from his father. He is as comfortable in a kayak than on a bike. He is also very involved in community youth movements in Oussouye. 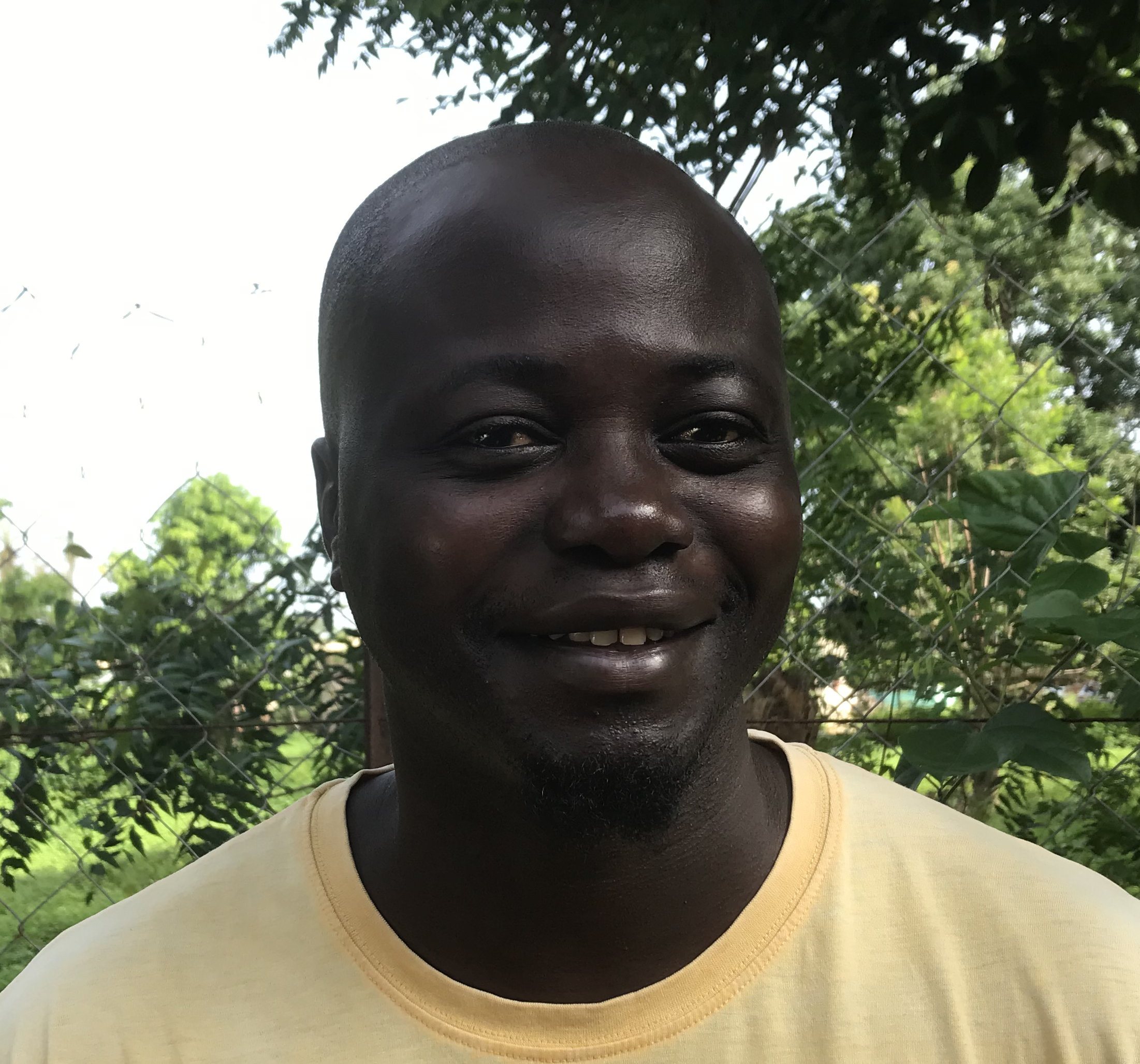 He is known as Grand Charles. Although he was born in Oussouye, he fished offshore as far as Guinea. He knows perfectly the sea and the bolongs those of the South but also those of Niumun where is a part of his family. Of course he also knows the paths and tracks of the department he crosses by bike or foot . 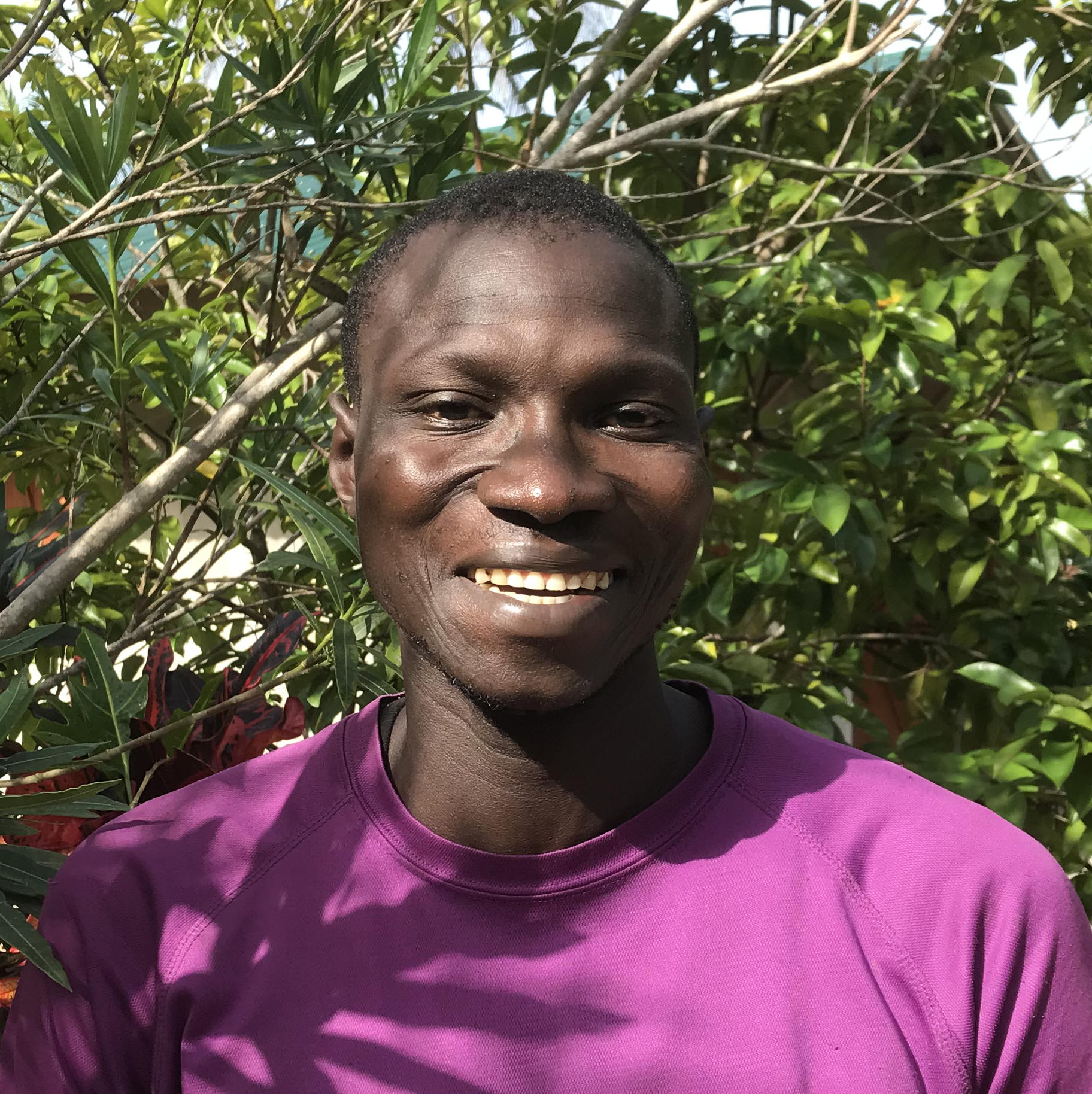 We call him Pierre No, he is from Oukout, a village located on the other side of the large rice field of Oussouye. After training in our agency, he went to Cap Skirring for several yearsas biker mecanics. In 2022, he returned to Oussouye and rejoined the Casamance VTT team. Besides his activity as a guide, he also has a background in poultry farming and his own chicken coop. 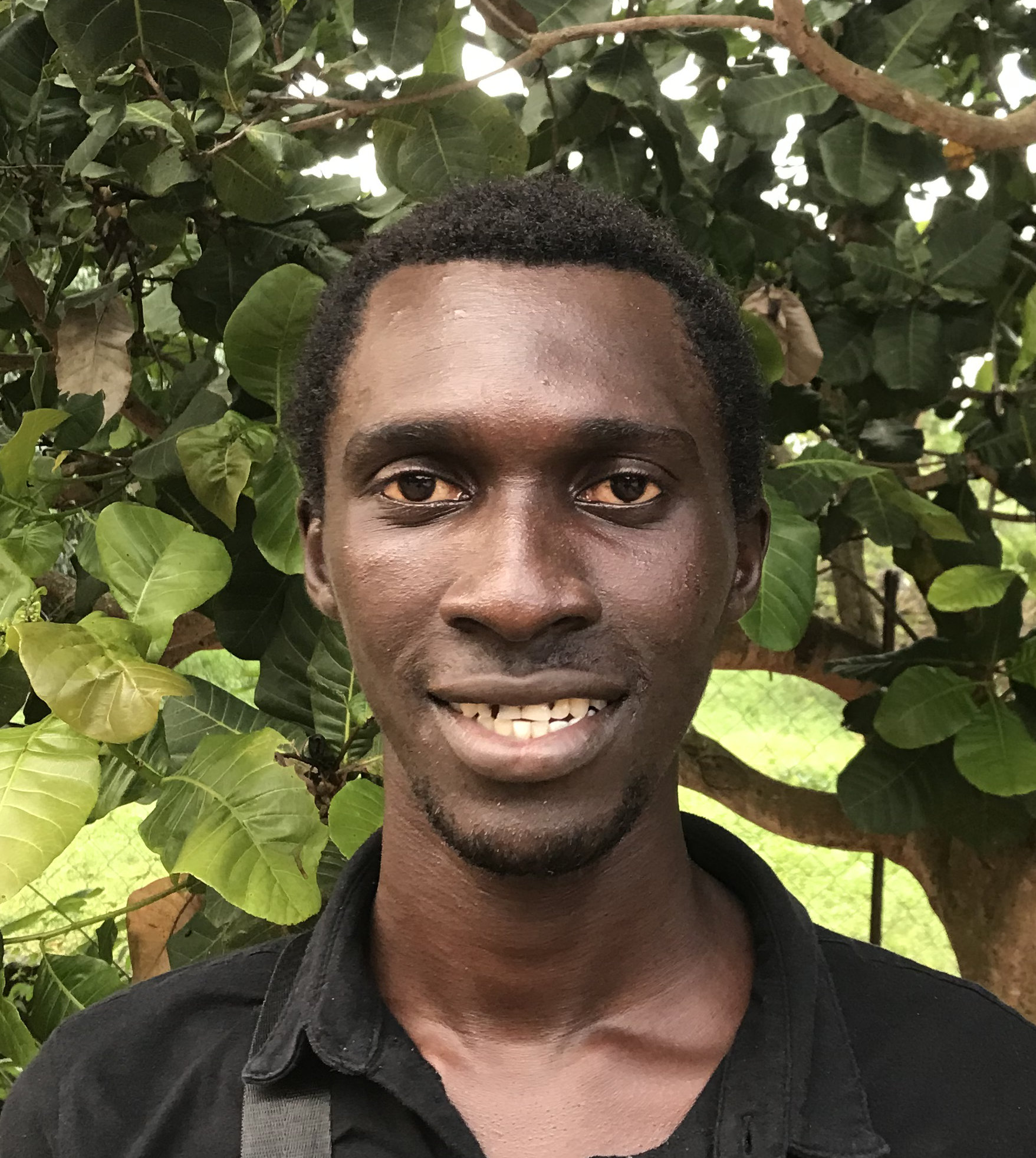 Fodé is originally from Boucotte where he lives. He worked for a long time at the museum. This year he joined the Casamance MTB team and is in charge of representing us at Cap Skirring and also supervising the excursions on site . He also came to discover our tour in the hinterland where he sometimes accompanies people. 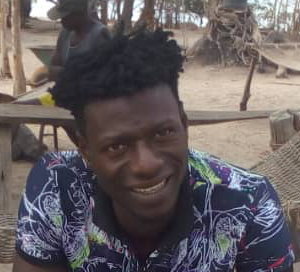 In 2020, after working at Cap Skirring then as a Djakarta driver , he responded to an offer from Casamance VTT. Originally from Diakène Wolof, he knows the bolongs and the sectors of the islands from Ourong to Karabane perfectly , but he has learned to know all the trails in the region ,whether on foot, by kayak or by bike. 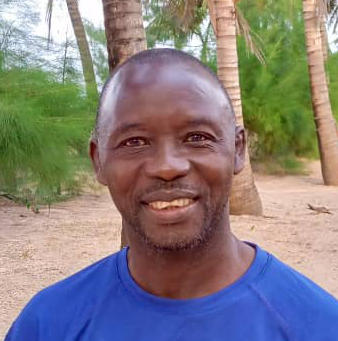 The only member of the team who is not from Oussouye. He is from Koubalan in the Kalounayes forest, where for many years he managed the village camp while working as a guide. He has been working at Casamance for many years and has stayed at Cap Skirring for a long time but this season he returned to Oussouye. He also provides remote programs that pass through his village Koubalan then go to Bignona and Thionck Esssyll , another Casamance to discover.

A young agricultural technician, Elie, after several years in the Haute Loire - France,  hereturned to Senegal in 1995. In 1996, he joined the Casamance VTT team. His dynamism and motivation have largely contributed to the reputation of the agency.  With Benjamin and Regine he develops distant raids. Driver, guide, cooker, he is the bivouac specialist. A former scout, his experiences took him to many places in France and also to Brazil. In 2000, he created a tourist lodge in Oussouye (Campement Emanaye). He died in November 2004. We dedicate our work to him.

Retirement. They call him the king of the bush. This Diola from Oussouye knows all the tracks and trails in the department.He is at the origin of many tour around Oussouye. Today he manages " La buvette des anciens" to have additional income. He likes to share his traditions with passing tourists during small talks after returning from the circuits.

Retired, son of fishermen, he was our kayak specialist. Today he shares his time between the co-management of the old people's bar and fishing. He will be happy to explain the secrets of the bolongs, the fauna and also the animist traditions.

Jean Bernard, after completing a master's degree in sociology at the University, joined the Casamance VTT team in 2018. His master's subject was the economic impact of Diola traditions and he loved to transmit the richness of this culture of which he was so proud. He left us in July 2022 following an accident. In 4 years he had become an excellent guide and colleague, we will miss him enormously.

This site uses cookies from Google Analytics. These cookies help us to identify the content that interests you most and to identify certain malfunctions. Your data from this site is sent to Google Inc.

Casamance VTT is a sports leisure agency located in Casamance, offering excursions and raids in the Oussouye region. Trekking, mountain biking and kayaking trips allow you to meet the Diolas, the majority ethnic group of Basse-Casamance, and to discover the atmosphere of the African daily life. Ninea 00569042P2- Licence 005720